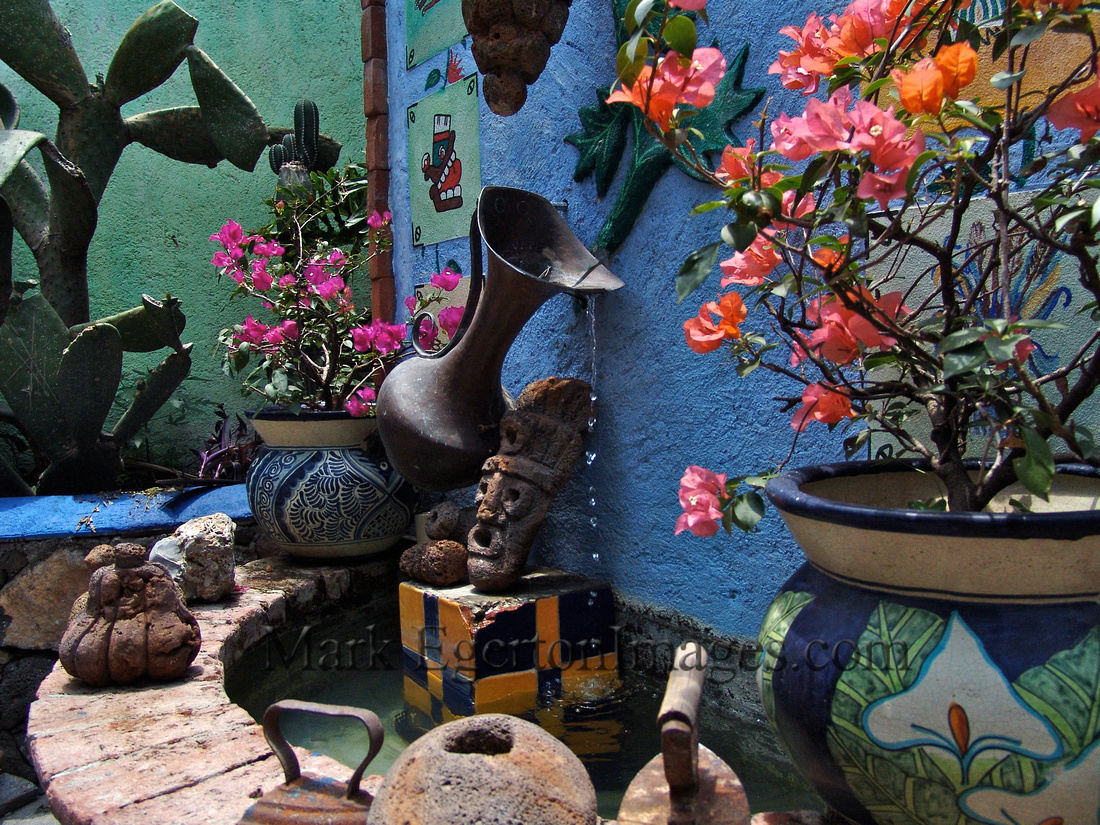 Us men all know that the Ladies in our lives rule, but I was sad, if not mad, the other day when a potential male customer was overruled.
He had come into my Gallery and was browsing thru my Images when he chanced upon this image I took in a small restaurant in Mexico.

When people “lock onto an image”, I normally go over to them, see what they are so absorbed in and then tell them the story relating to the image.
But I didn’t need to say anything, he was telling me about the image.

He loved the colour and texture of the walls and the contrasting shades of pink, purple and orange of the bougainvillea.
He loved the way I had composed the image, with the bricks leading the eye to the pot, the urn, the flowers, the old flat irons and finally to the bricks again, but on the second look, the eye followed the urn, came down the water droplets and found the mask.
I was delighted he had found what I had seen.

The 20 x16 mounted print was £47.00, I thought I had a definite sale.
I’ll just get my wife to look at it.
He arrived back with said wife, but I was surprised that her showed her the Gallery wall before showing her the Mexican print.
I don’t like it she said!

I left them to mull it over whilst I attended another client, certain he would buy it.
After a ten minute discussion they left, only to resume the dispute outside.
After a while he stuck his head back in the Gallery to apologize.
Take it now, you love it, I said.
But no he would buy it on line!
Sad that, not for my pocket, but for a bloke who really, really wanted something beautiful but the wife said NO.